The Camaro Z28 – Our own version of Bullitt.

Port Elizabeth South Africa was Motor Town back in the day, with both GM and Ford having built cars in the city since the 20’s, this was mini Detroit. The whole place seemed to be linked to one or other of those two companies either directly or through links connected to suppliers, truck body builders and factory equipment people. By the 70’s there were third generation families working in the local motor industry and even the corner barber knew someone who knew someone in the business of building cars, trucks, engines or in the case of GM, Euclid earth movers with their screaming two stroke Detroit Diesels. There was even a GM Diesel locomotive plant supplying locomotives to the local railways.

For the young and the restless, both companies had great training programmes and for the top students, GM had the two-year GMI course in Flint Michigan. Mid-year was a special time for trainees at the General because that is when the newbies would leave for the ‘States and the graduates would return after a two year sojourn. The homecoming was the interesting bit, the boys would bring back their wheels. Buicks, Pontiacs, Oldsmobiles, even the odd Corvette, a few Firebirds and Camaros a plenty. 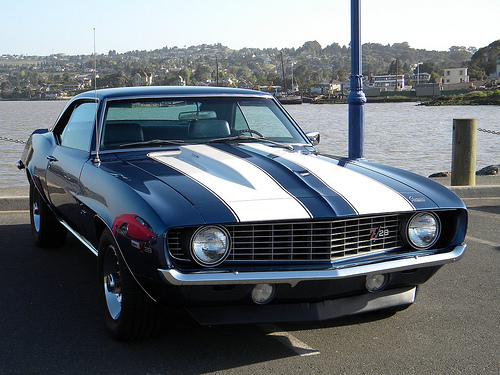 Nestling in the shrubbery to the South of the Great West Way there was the newly proclaimed suburb of Kunene Park. Streets tarred, no houses and miles from city traffic. Having joined during his US training, I had not known Peter until his return from the States but as the resident tuner asked to do a number on his family Kadett, we soon made contact.

Peter had called early that Saturday morning and arranged to meet for a session with the ‘Z’. The gate to the estate had to be worked on a little, ideal. We proceeded to shred a set of Michelins. There was absolutely nothing subtle about 60’s muscle cars and back then I don’t think the word visceral had ever been used to describe the attack on the senses when driving these machines. But that is exactly what it was, mind-blowingly visceral. This Z28 was no exception. In fact, fitted with the full factory option pack consisting of headers, L/S, close ratio Muncie M21 ‘box, short final drive and cowl induction, this was as close to a religious experience as I think you could get.

Bullitt the movie had whet the appetite a year or so earlier, with Steve McQueen throwing a Mustang Coupe flat-out through the hilly streets of San Francisco. That movie stirred the soul and remains the most realistic car chase sequence in movie history….rear axle tramp included.

The Camaro, in our version of the movie was a see, feel and touch exercise for sure. Firing up that 302 sent chills up the spine and the crack of exhaust pulses from the headers at idle sent a loud and clear message of brute horsepower…we were going to run our own Bullitt sequence but this time without a chase car. 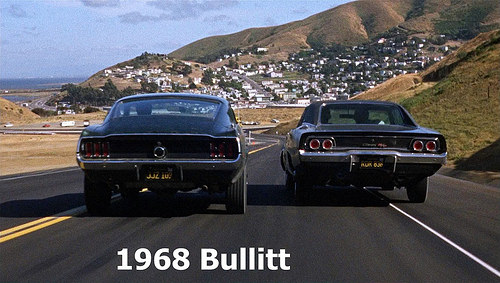 We had closed the gate, checked for inhabitants and with not a soul in sight, set up a course and let rip. The tach bounced off 6500rpm continuously. Hauling on the Hurst shifter with the Michelins and Holley howling was simply other worldly. The close ratio Muncie maintaining the rush of power & keeping that 302 in the meat of the power band……a never ending shove. Of course today we have crazed TV personalities going sideways at the flick of a wrist, beautifully filmed and making it seem like it is easy. It’s not. Particularly when there are perfectly new curbs everywhere waiting to head butt any wildly gyrating piece of rubber. In any event, just how many of us in those days had even seen a power slide except for the mayhem in Bullitt, so we had to learn, very carefully.  By the end of the adventure, Peter was pretty good at it, I wasn’t that brave. On one straight we could dispose of 1st, 2nd, 3rd and a whiff of 4th  …. most surprising of all was that the car went where you pointed it….and the brakes hauled the machine down repeatedly…. most unusual for a yank tank.

Nothing, folks, has ever come close to the experience of that day in Port Elizabeth so many years ago…..not even a 12 lap session flat out in a few Merc 722’s at the Dubai Autodrome 38 years later. The difference?….The Camaro was seat of the pants connected to every nerve ending, the Merc,  by comparison on the V scale, easily the fastest vacuum cleaner in the world and numb by comparison…… 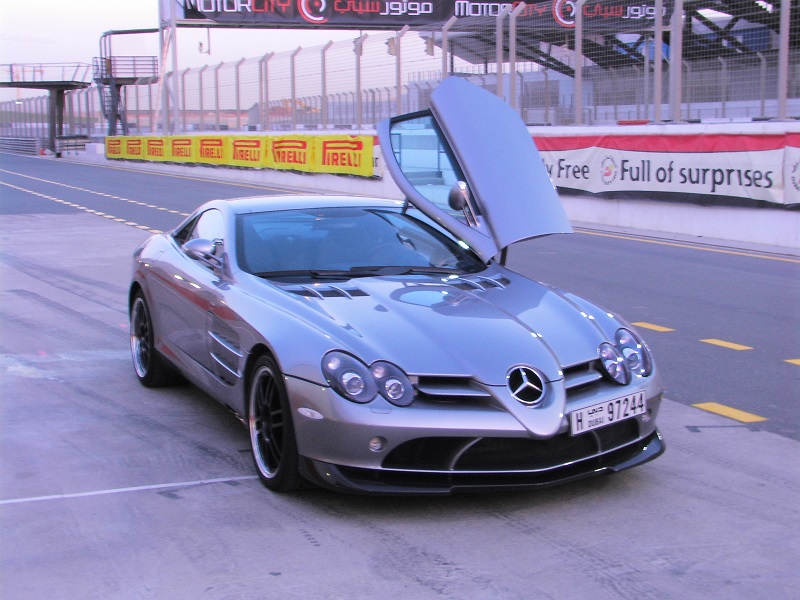 How did this fabulous piece of US auto history get to be made in the first place? This was not a random hot Pony or Muscle car the ’67-’69  Z28’s were built for one purpose only, racing. In fact, like the early Lotus Cortina it was an oddball with racetrack gearing and ‘cammy’ engine, very unlike the other Muscle cars which, shall we say, were very linear in power delivery….press loud pedal….burn rubber. If you tried this at 3000rpm with the ‘Z’, the Holley would supply a lifeless gurgle, at 3500 there was some stirring and at 4000…. Boom. First gear was 2.2:1 so getting moving was a bit of an art-form and you would be a fraction short of 70Mph at the 6500Rpm redline before grappling for 2nd, this was not a car to take shopping. In order to take the pounding, Chevy wisely specced the big block 396 clutch for this machine and there was no auto transmission option.

The Z28 could only have been thought up by enthusiasts inside the corporate morass and for the Z it was Vince Piggins.  He in turn, had a special relationship with Chevy’s other ace in the hole, the small block V8. Convinced that GM had to take it to Ford to set the Camaro off on a performance platform, the target was the Trans Am championship (GM going racing??), the class had a five litre engine capacity limit (305 cid). Ford’s 289 Hi Po and subsequent Shelby GT350 (also a 289) had set the mark and, initially anyway, Vince figured that a hot 283 for the still unnamed Z28 prototype would get the job done. This was basically an early 60’s injection spec Corvette mill, fitted instead with the venerable 4 barrel…. that is what was built into the proto.  Elliot ‘Pete’ Estes Chev’s Boss-man, drove the car in October of ’66, made the call to go ahead with the project and at Piggin’s request to up the engine capacity to the race limit, ordered the build  of the fabled 302. 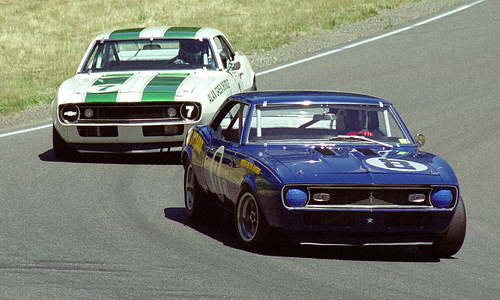 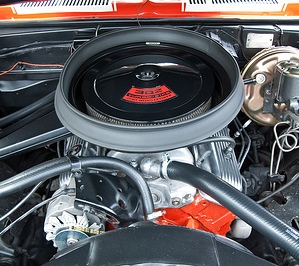 By 1966, hot rodders had built 302 small blocks on the street for years. Some had bored 283’s some had taken the trouble to build the engines from the 4” bore 327 blocks as did Chevrolet with the production 302. Either way, the build and test of the first factory engine was still an eye opener. Here we must explode the myth surrounding this engine. I call the Chevy 302 ‘the truth pill’ simply because it was the first engine in modern US history to state real (as installed) horsepower . This was done more to placate the ‘brass within GM, than being motivated by a huge rush of ‘hand on the heart’ honesty. It was well into the 70’s before manufacturers were required to stop telling fibs on engine power outputs. The potency of the production 302 was very real and lead immediately to those who thought they were in the know to speculate that the Z engine produced well in excess of the 290Bhp shown on the sales literature, some called 350 and one publication as high as 400. Not true.

Over the years, standing ¼ times combined in calcs with known vehicle weights have been a good basis on which to measure real horsepower for road cars. Using those measures, 302 engines fitted to a Camaro Z28 or Firenza Can Am (1972/3) supported the power figures quoted by Chevrolet.

Motor sport enthusiasts will find a way to compete in any way possible and the closure of the Saint Albans racetrack in PE in 1970 forced us to find alternatives. We ran ¼ miles on a single-track piece of road at Witteklip near the Van Stadens pass.  Peter Dup’s Camaro ran that strip in 13.8 with open headers thundering between the trees. The Can Am test car did a tidy 13.05 at the opening of the Scribante main straight in 1973. Do the math on the vehicle weight difference and that’s as close to a genuine 300bhp as makes no difference for both cars. 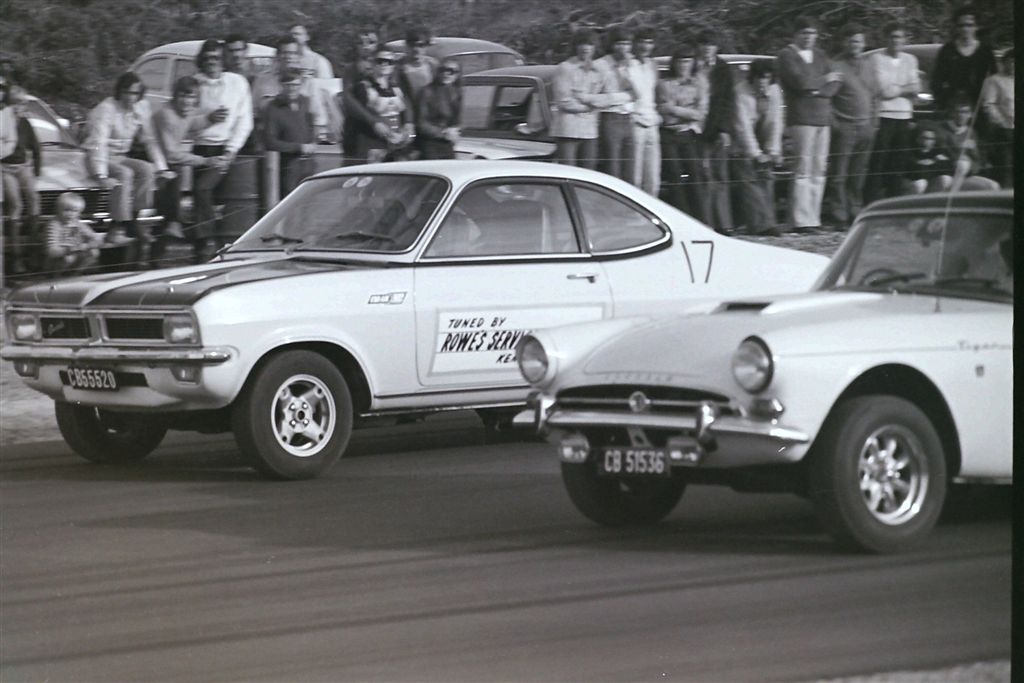 That 302 engine is not the only common bond between these two cars. The ‘67 Z28 Camaro and the Firenza Can Am come with very similar histories in both the respective development programmes as well as the environment in which they functioned. Given GM’s racing ban in effect during both periods, it is amazing that either car saw the light of day. Were it not for the passion and persistence of a handful of people in both cases, neither would happened…..we will cover this comparison in future scribblings.