The response to part one has been both interesting and to a large extent predictable, this due largely to the fact that I was pretty tough on the ‘Torquers’ in Part one… In Part 2, we will relent a little and move on to the subject of Tractive Effort or applied force.

Firstly to all those who are of the opinion that we have discounted torque altogether, that is not the case, torque is great, because once torque is converted to Tractive Effort, one can use the figure as a performance indicator.  My many dyno days on dedicated engine Dynamometers, both electrical eddy-current and water brakes, as well as countless hours on rolling roads (chassis dyno), have been a fascination for years. It is just one of those disciplines where one has to be ready to learn rapidly and adjust to new findings every time you open the throttle. Engines tested have ranged from small four cylinders to big V8s, run at sea level and altitude, at full throttle, part throttle and yes even ‘motoring’ engines through electrical dyno power to analyse friction and pumping losses. 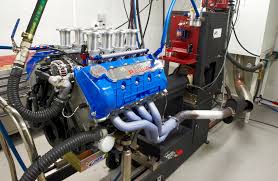 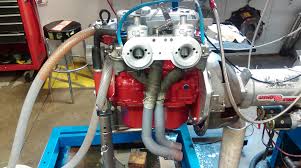 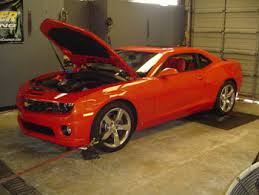 At the end of that I have to say that amongst myriads of outputs being recorded in the testing of engines, be these specific fuel consumption, timing, cylinder pressures, knock margins and a myriad of others, the most important single measure was in fact the good old torque number…. So why are we being so ‘tough on torque’?. The answer to that is simply the fact that torque as a single number and where used as a performance indicator, needs to be linked to other factors to make sense of how much real force is being distributed at the drive wheels.  (eg. Torque + rpm + frictional losses + gearing). 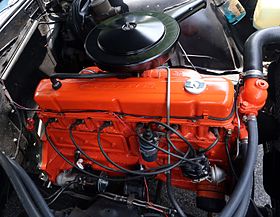 The First engine is the reliable Chevy 250 cubic inch (4100cc) straight six. For those that know this machine fitted to all manner of GM products both in SA and throughout the GM world at the time, you may have believed the GM blurb quoting Horsepower and Torque figures that were, in the days of pure “advertising speak”,… absolute rubbish.  The real figures: 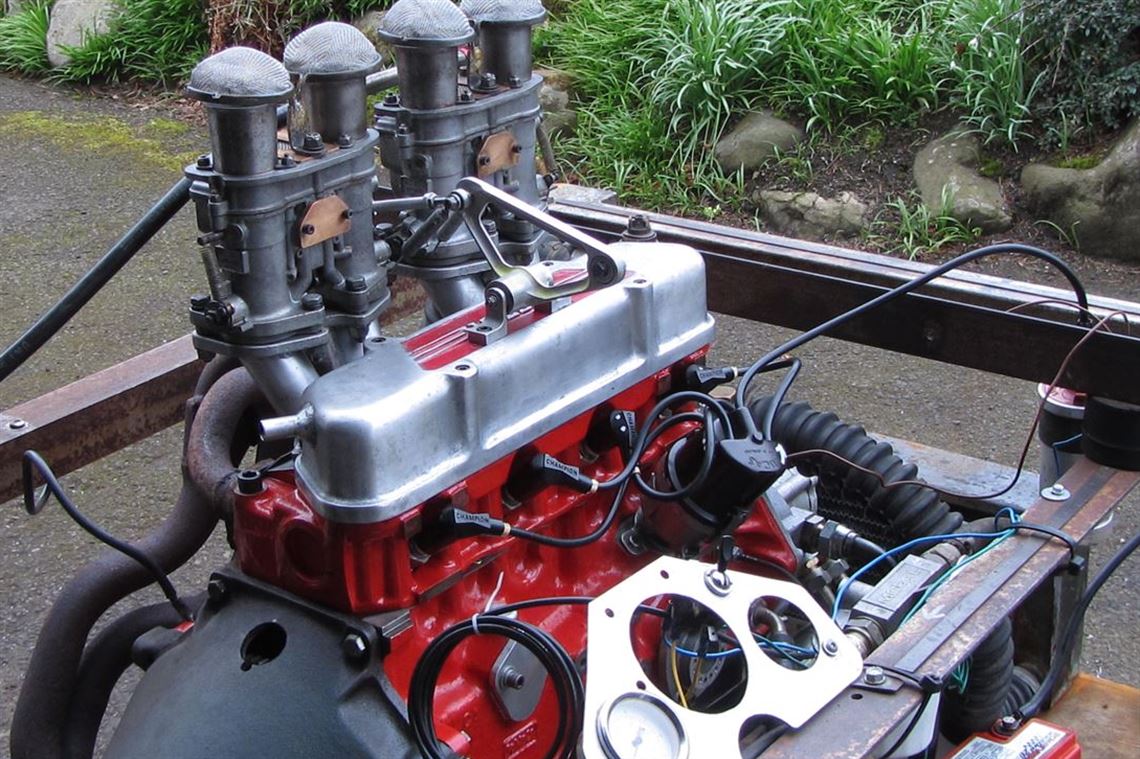 For the next engine and in order to illustrate the point, I have gone to the end of the rpm scale and the four cylinder 997cc Ford Cosworth MAE Kent racing engine of 1966. This engine produced Power and Torque as follows:

This was a screamer and never had any intention of plodding.

You will note that the power figures are the same… but the Chevy generates nearly three times more torque than the Ford.

For this comparison we will bolt the engines into two identical Vehicles and ballast the lighter of the two (the one with the Ford engine) to exactly the same vehicle mass as the Chevy powered unit.  For the purposes of this exercise we can choose any vehicle type really but to get a picture in our minds, this time it is going to be a 4×4 Toyota Fortuna… and both vehicles weigh in at exactly the same mass of 4000Lbs (1818 Kg) 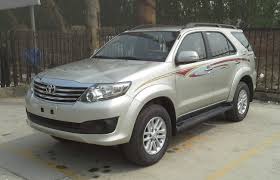 TOYOTA FORTUNA – Both Engines In This Package

The answer?….. they will be as near to the same as makes no difference….the reason? They both have the same horsepower….but that is with one proviso… and that is that we can optimise the gearing for both applications to make sure of peak performance from each engine installation.. The important point being illustrated is that performance between the two will in no way be in proportion to the massive difference in torque.

Now for those of you who wish to do a calculation, you will find that the ‘Chevy’, due to max torque happening at low rpm and well below the mid-point of max engine speed (in this case 1800 rpm & 3900 Rpm respectively) ,  will probably only need a three speed gearbox and a moderately “tall” final drive (axle) ratio (a guess around 2.9:1) to optimise acceleration and top speed.  The Ford on the other hand develops max torque way up the rev range, relatively close to max  (7500Rpm and 9000Rpm), requiring at least a 5 speed gearbox with a very, very  “short” final drive to achieve the same (a guess at around 6,5:1)…. Once that is done I can assure you that the two engines operating in their best individual operating ranges will result in a very similar vehicle performance as installed.. So how do we get this to happen.?

Well to start with, the Engineers involved will know (from known data on the vehicle design), the absolute max speed of the Fortuna driven by 120Bhp. (this is irrespective of the power source… whether that 120 bhp is for example generated by a large or small IC engine, gas turbine or electric). Let’s say that figure for this exercise…120 Bhp can get that Fortuna to 160 Km/h…max.  We then gear the car to achieve 160Km/h. In the case of the Chev, we do so to achieve that speed at 3900 engine rpm and the Ford at 9000 engine Rpm.

So why don’t we just change the gearing to get more speed? …Well we can deviate from the optimised gearing, but because max power dictates the ultimate max speed, changing the gearing, either way from ‘ideal’, will result in the vehicle being slower because it will not be running at max power.

Next, we optimise the acceleration portion of the exercise and to do this we try to keep the engine rpm between the max torque point and max power, right up to the max speed we can achieve. As noted earlier, for the Chevy engine this requires only a few gears because of the relatively wide spread of power. The Ford may require 5 or more gears to keep it in the narrow power band… but once we have done this, the acceleration of both vehicles will be pretty similar, if not the same.

The point here is that we have taken an engine with just 75 ft lbs of torque and made it compete with an engine having almost 3 times that number and done so on equal terms…with both doing the best they can….because they generate the same horsepower, or work…and more significantly, we have pretty well equalised the ultimate Tractive Effort available at the driving wheels between the two engines.

We can now go into the realm of… “OK so why don’t we fit small high revving engines to big 4X4s then?”.  The answer is because they are noisy, inefficient, busy (frequent gear changes), wear out more quickly and in the spec noted, probably more expensive. The converse, of why not fit a big engine to that small race car is self-explanatory, it is just too big and heavy…besides, the homologation police would have a collective heart attack.

So why do we not talk about tractive effort in the advertising blurb then? That’s a very good question because it is, after all, more relevant to the performance of a car/vehicle than quoting the torque number. The practical explanation is that we would have to quote tractive effort in all the gears and at differing engine speeds in order to have some form of comparison between vehicles ….it gets complicated and is only really needed by engineers to optimise performance.

Why is it complicated?…well to give an idea of just one calculation of available tractive effort at the wheels using the torque available from the engine at just one engine speed, it goes like this:

(I stick to my decision on not using actual calculations but show the following just to illustrate the point.)

This is the force available at the contact between the drive wheel tyres and road…. The tractive effort relates engine power and torque as follows:

So…we would have finally used a torque number and converted it to what happens when the rubber meets the road…and this illustrates why torque numbers as shown on a vehicle spec sheet do not mean anything… until converted to Tractive Effort.  Similarly the torque curve which an engine produces can, when completing this calculation, generate a tractive effort curve for each gear on a given vehicle. Like I said…it’s complicated…but engineers love this stuff.

Based on that comparison between the two engines let’s take a peek at a more relevant example using two different car brands but similar cars and different engines.

A Ford Mustang and a Chevy Camaro.

For the purposes of this exercise we will assume that apart from the engines, the rest of the performance related issues such as vehicle mass and drag coefficients are similar….and that the respective engineers have optimised gearing as described in the earlier comparison. 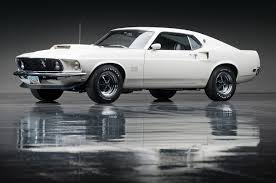 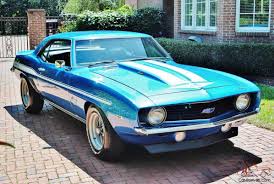 That depends entirely on the calculated Tractive Effort available at the point of 3000Rpm in both cars. Due to the greater mid-range engine torque, the Camaro could have the better tractive effort at that point….but that in turn depends on the gearing.

The Mustang will slaughter the Camaro on both counts. Why? Because it will have a better Bhp to weight ratio and better Bhp to drag…and also better overall tractive effort throughout the high engine speed range… similar to the Four Cylinder Ford example…despite having less peak torque.

To wrap this up I have no doubt that there will be many questions and comments, however, it boils down to early remarks made in the first part of this discussion. The reason BHP or horsepower is used as the most effective overall measure of performance is that it is simple to use, accurate and when used in conjunction with vehicle mass and where vehicle drag coefficients are known, overall vehicle performance can be accurately assessed. As we see from the tractive effort calculations, it is not the definitive and only performance indicator…but it is the most usable.

On the subject of torque, I again question whether this measure will be properly understood and that is because having found its way into our ‘carspeak’ the way it has, it is very likely that firmly held beliefs will not change. As I have said before, that’s OK.

We will touch on some interesting topics of a general nature in Part three which will hopefully help in further demystifying this conundrum..  P