Start this discussion around the bar, braai (barbecue), tea trolley or at the car club covering the explanation of horsepower and torque and everyone is an expert. In(s)ane comments such as  “Horsepower can drive your car into a wall but torque determines how far you go through it”  attempt a cynical, jocular reasoning but just confuse the issue. Explanations will continue to abound however, from the very basic to the inevitable boffin who will detail a mathematical ‘clarification’….but seldom do these really create understanding.. .The role that torque plays in engine related car chat is either misunderstood, completely overplayed…or both.

The surprising thing is that most of us know what is meant by the expressions ‘a torquey engine’ or ‘the engine has grunt’ (euphemism for torque)…these simply express the fact that a driver feels good response between the action of the right foot and the G-force in his/her back. This interestingly also tends to be associated with low/mid speed engine response more so than that at high rpm. (We will get back to the important word response in a ‘mo’). Where the system fails, however, is deciding how torque relates to horsepower in an easily understandable way. That is because the whole thing is currently confused to a point of insanity…to the extent that car scribes who should know better, talk more readily about the massive Nm of torque in a particular vehicle, than referring to the all-important horsepower. They do so of course because most engines these days are turbocharged and as a consequence have massive torque numbers which need to be channelled into the conversation…somehow… even though they are technically irrelevant.

Torque in the real scheme of things does nothing… it is purely a measurement tool from which we can arrive at Horsepower or work.

We have all heard of the difference between ‘talkers’ and ‘doers’…. In this case, ’Torque’ is the talker….’Horsepower’ is the doer. ….

‘Doing’ stuff and by that I mean actually getting the job done, like moving a vehicle, is the exclusive preserve of Horsepower… alone…. torque is a stationary measurement.

Ask the following question of anyone talking about torque….when does torque become horsepower or horsepower become torque?… or better still, what functions do the two perform?…or as they say so often in politics…what is the separation of ‘powers’ ?… and there will be silence, incoherent babble or a propellerhead will start that discussion on how you use a formula to calculate horsepower.

Let me put forth an explanation which has at least some attachment to daily life:

Most of us folk have had the call from our better-halves asking to open that bottle of jam… the difficulty in opening those lids often defying the laws of physics. You arrive at the spot and attempt to open the offending lid with bare hands. After a few attempts of eyeball popping, wrist-wringing, muscle tearing effort applied to the jar…..nothing happens…. all you have really done is applied a large amount of torque, hands slipping (wheelspin) .…and achieved exactly nothing.  This calls for reinforcements and in our house, it is the twenty-year-old ‘Tricky Dicky’, a flat piece of tacky rubber designed specifically to increase grip so that the lid gives way before our joints explode. You try again and after a superhuman grunt…eventually, the lid cracks open…you have now achieved something… work has been done…movement…and here is the key to this conundrum….

Torque resulting in radial movement… and caused by applying that torque = Horsepower… that’s it.

Don’t make it any more complicated than that and… horsepower is work done… Torque does not do the ‘work thing’ at all…torque needs to be applied repeatedly to generate horsepower or work.

Taking this analogy a step further. Lots of small jars opened quickly is lots of horsepower  (Jam jars per minute, aka rpm), and can be equated to an engine producing good horsepower at high Rpm. Fewer very large jars containing huge amounts of jam, done more slowly and requiring massively more torque to open (jam jars per minute, aka rpm), can be equated to big horsepower at low engine speeds…that’s the simple explanation.

…and here is the good bit…opening lots of small jars quickly can give you exactly the same amount of Jam (horsepower) as opening big jars slowly. This explains why for example, when a diesel truck engine produces 600Bhp at 2000rpm and a tiny petrol racing engine produces 600bhp at 10000 rpm they will both be doing exactly the same amount of WORK. In fact, if you adjust the gearing to suite, that race engine would do the job in place of the engine in the big truck…and sound a lot better in the process.

When we refer to a torquey engine, what we are really saying is that the engine produces relatively good horsepower at low speeds..or as a ‘screamer’,  good horsepower at high engine speed. That is all there is to it…we should technically not be using the word torque at all to describe performance…but it has crept into our vernacular, has a certain connotation attached to it and it has stuck. At the end of the day, that’s OK because it does convey a meaning we all seem to understand in a similar way, despite the fact that it is technically misguided.

But let’s get back to that all-important word ‘response’.  As car buffs we all like to know the horsepower (Ok Ok… & torque) of things and yes that number gives us an idea of how well a given machine will go but absolutely does not let us know how it will feel when driving it. In my early days as an engineer, I was fortunate enough to get to understand this and able to work on engine response issues. It stemmed from an experience in the very late 60’s driving a 1600 Ford Capri against a 1600 Opel Manta, it is a very basic example but explains the issues that can affect the feel of an engine. 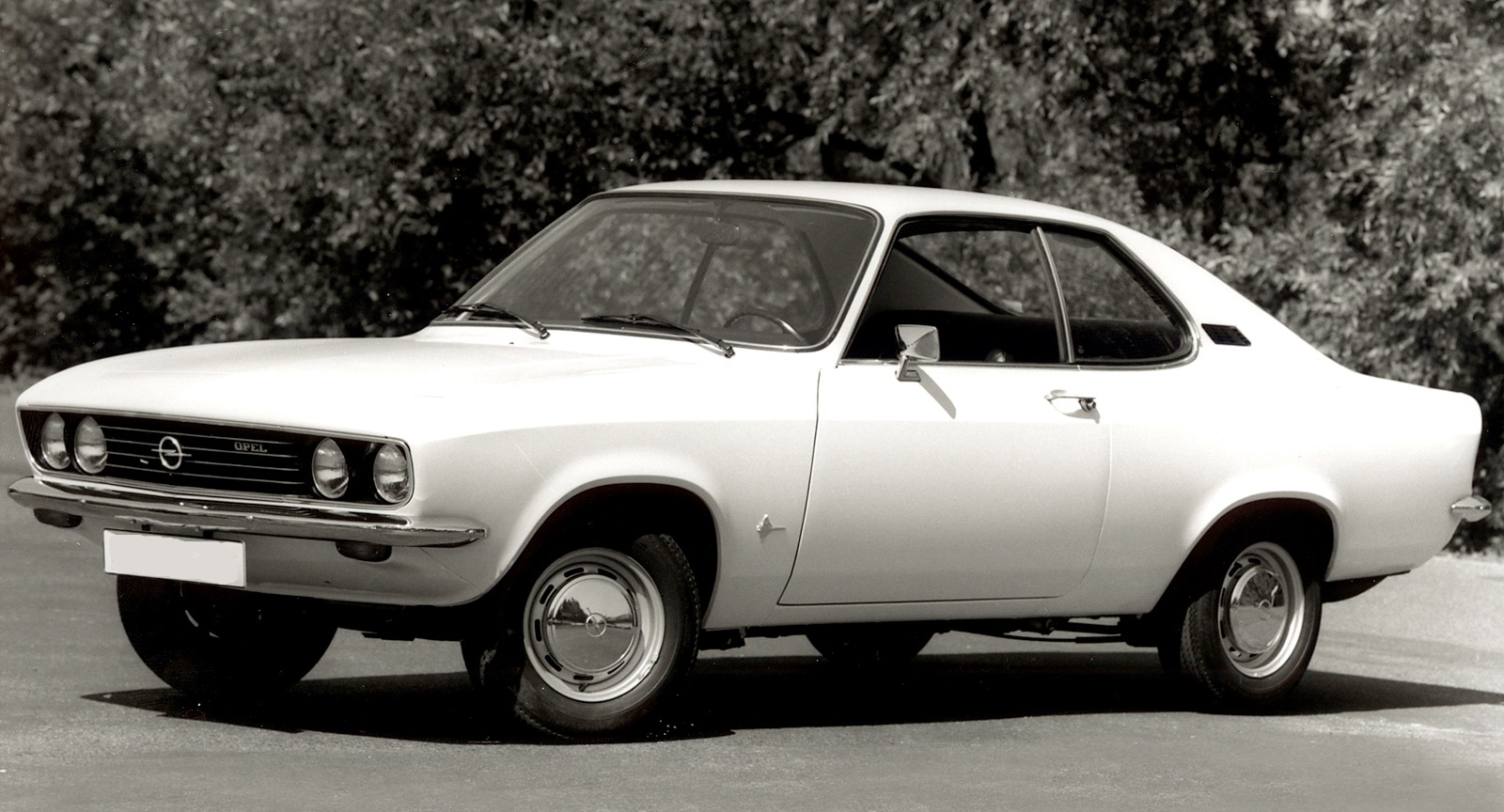 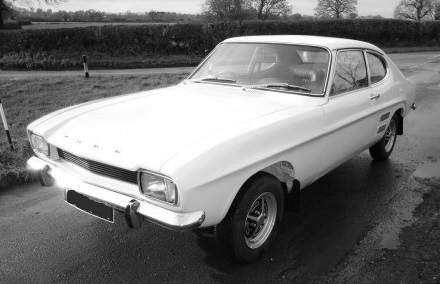 In a flat out, full bore thrash from a standing start, the Opel would match the Ford in acceleration and be slightly quicker on maximum speed…but here is the kicker… when driving the two cars ‘normally’, it did not feel like that at all, the Ford felt more alive and more responsive to messages sent from that right foot.   Two simple modifications carried out on the Opel could change its character dramatically. By removing a fair amount of weight from the flywheel and fitting a carburettor with a mechanically operated secondary barrel, the difference was night and day and response (almost) matched that of the Ford.

Going a little deeper, the comparison looked like this…and I know it’s a bit ‘geekish’ but bear with me because it does clarify the point.

1.The mass of the Opel’s Piston + Conrod + crankshaft + flywheel + Clutch was around 25% heavier than the Ford…and that because the Opel engine represented the smallest capacity* in the ‘Cam In Head’ Opel engine range. (That engine would eventually be enlarged to a 2.4 Litre). The 1600 Ford Kent represented the maximum production engine size for that design and therefore did not carry any ‘deadweight’ in internal mechanicals for a larger capacity derivative. Naturally to ‘wind up’ the extra weight there would be an effect on response.

If we add to these the less significant response-sapping issues such as larger bearing journal sizes, all these factors explain the difference in engine feel  and throttle response between these two cars…and here is the rub. If you asked the average tech guy what the difference between the cars was, the answer you got was that the Ford had more torque….but did it?   No it did not….the real torque Figures for the respective 1970 models :

These were effectively the same I would say, as were the torque curves

The lesson we learn here is that the issue of engine response is a characteristic less obvious in the Torque vs Horsepower argument /conundrum …. but is probably the most effective message being sent to the driver in the everyday use of a car and, surprisingly, often has little to do with quoted ultimate horsepower or torque…. But quite a lot to do with what point in the rpm scale you press the loud pedal…. and in turbocharged applications, just how sophisticated the spool-up of the turbo.

So what is the very worst and best engine response I have felt in a road car? For the purpose of this tale, the accolade goes to two cars, both achieving the worst and best… with the same 302 V8 engine.

Prod the accelerator hard on either of these machines at around 2500 rpm and your thoughts move to an urgent need to remove the elastic bands which are restricting the message to the carb. Not much happens, there is the faint gurgle from the intake and fair forward shove but not great at all. Let’s assume you did this exercise in 2nd gear but now repeat the manoeuvre at 4500 rpm…. All hell then breaks loose…. and one can safely say that engine response is not just good, but spectacular. However…read any road test of either machine and scribes complain of a lack of torque ….that, of course, is rubbish. The 302 Chevy generates plenty of torque, it just happens to rise fairly quickly from a low initial base and peaks at 4200 rpm, giving the engine excellent horsepower at that point…but less torque lower down results in relatively little horsepower at 2500 rpm.

Folks it is not more complicated than that.

So…will we ever get to rid ourselves of the dreaded ‘Torque’ monster? No I don’t think so, it is too embedded in our car culture and as I said, as long as we all have a rough understanding of how the word is used and its intention…all is OK.
Just to drive the point home though…and to point out just how useful it is to rely on horsepower, is the fact that we are able to estimate the horsepower outputs of cars based on ¼ mile times quite easily. In the days of sensible power outputs and with known vehicle weights the correlation between the two was amazingly accurate. Sure, there were differences attributable to front wheel drive, rear engines and gearing but it was sufficiently accurate to prove that max Horsepower can be an equally good measure of work done in a ¼ mile. It remains so today but as I have never calculated the power to weight ratio of a car that runs a ¼ in 12 seconds or under, I am sure there are those that can calculate the necessary… The Point? Knowing the max Torque of an engine in such an exercise is about as useful as knowing how many cups of coffee the driver had before the run.

Very last word… next time, we will talk about something that needs further discussion and understanding in the power and torque debate… and that is tractive effort . This is because TE provides a more direct mathematical link to torque. It further complicates the discussion because we now have Power, torque, tractive effort and response to digest and I will attempt to put all four into boxes that can not only be understood but how one relates to the other….May the force be with you. P