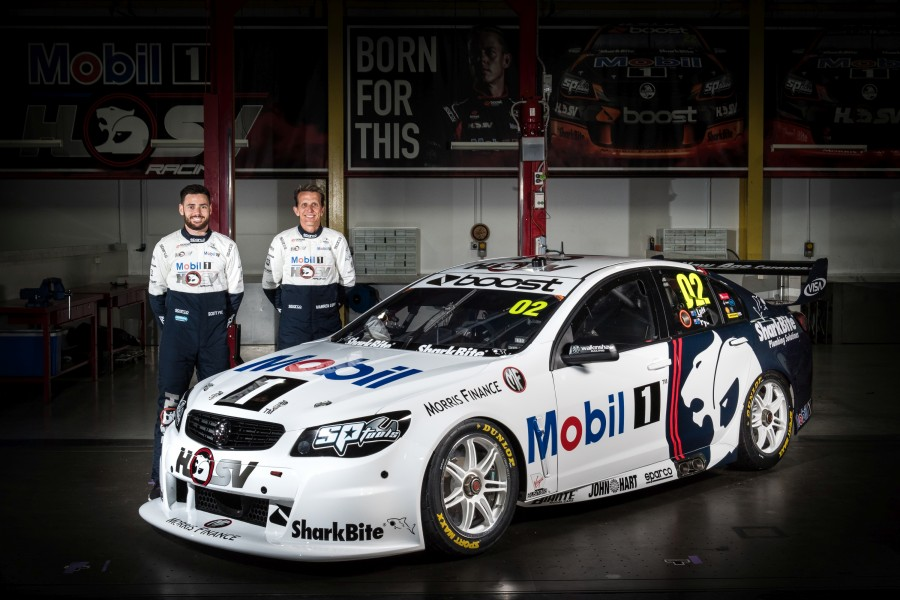 As I write this article the first shots in the Pirtek Supercar endurance race series is just 19 hrs away. The Sandown 500, a race having a 40 odd Year heritage in Australian touring car racing is a bit special this year with many racers opting to display historic livery on their cars. Peter Brock the icon of touring car racing in Aus will be prominently remembered on a number of cars, the most striking of which will replicate Brock’s 1994 Mobil Liveried Commodore.

The fight of course is between Ford and Holden. Nissan are making threatening noises but somehow I think the Penske Shell V power Fords just have the upper hand on both the rest of the Fords and the Holden 888 and HSV teams…….But…..this is endurance racing and race strategy has as good a chance of upsetting the form book as does any individual’s sheer pace.

Tyres have been an issue this year with more failures than I can remember in a single season. I have no doubt we will see more than a few of these changing the order of things….so….maybe the tortoise has as good a chance as the hare. I have resisted getting into team and car detail on this page simply because there is oodles of good info on the   http://www.supercars.com  site and I suggest you get onto the site pronto and choose your steed.

I can say choose your steed because when there is less than 2 seconds separating a 26 car field in qualifying and two drivers having to crack through to 500 Km, literally anything can happen. My suggestion is that you pay your Aussie Dollars to get onto the live streaming on Superview  (about R400) and get to watch the very best tin top racing in the world.

OK so practise for the Co drivers starts something like 3:00 tomorrow (15th Sept) morning but never fear …..

On-Demand replays of 2017 championship qualifying sessions and races are on hand.  I recon it’s the best R400 you are going to spend on any form of motor sport.

I will be following the series closely and giving my pennysworth as we go along…..enjoy.