And In This Corner 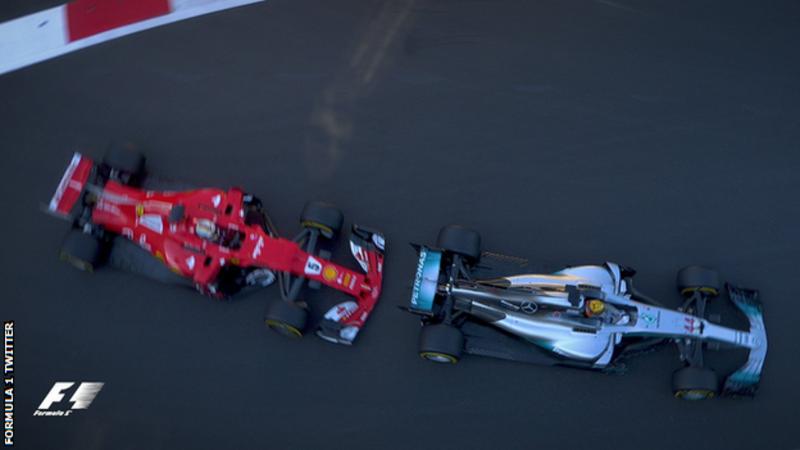 I promised to get involved in talking about F1 every now and again and despite the fact that much of what I have to say is somewhat, shall we say, different, I still think it needs a short shot every week…just to make things interesting.

For this week how could I possibly not comment on Azurbai..thingy. What an absolute nothing circuit…I commented on this on FB so if you have seen that… here it is again. That left hander through what looks like a hole in the wall is a serious accident waiting to happen and the creepy nature of this circuit gives me the heebie jeebies. The race itself…actual on track stuff, not the things resulting from stupidity, stuff coming loose and consequent opportunistic happenings…. rated zilch except for the run to the line and please tell me how, close to the end, lap after lap the Mercs closed on the straight but could not make it… but both cars did a Banzaai thingy on the run to the flag and gobbled up the distance between them and the cars they were chasing. Love to see the telematics on the last three laps, anybody notice that? You may not think that’s ominous…I do… because if there is a “boost” capability we don’t know about, then Merc have something up there sleeve….watch this space.

The bumping issue for Hamilton and Vettel is singularly the very best thing that has happened to F1 in years…Highly Strung Vettel vs Moaner. Let’s see what happens for the rest of the year, I’m sure these lads won’t kiss and make up, so aside from watching paint dry we now we have that boxing match to entertain us. All is good.

When Hamilton complained about the tyres it did bring to mind the fact that before tyre warmers and sophisticated compounds, drivers had to pilot their steeds to prevailing conditions. This constant complaint of “no grip” is a load of bull. Drivers become so used to optimum levels of ‘G’ that anything less than a strained neck muscle is no longer acceptable. For me on the other hand, the fact that the tyres had a narrow operating window this week-end was fantastic. Throw in the shadowed parts of the asphalt to further complicate things and you have drivers having to work for a living. If I ran the show, tyre warmers would be removed and donated to a really worthy cause….the Knysna Hillclimb comes to mind to warm the gearboxes and rear axles that get pounded to shreds from ice cold……we really do need to do something about broken drivetrains at this event. Anybody out there making warming blankets please phone the organisers.

Finally a word on Honda. Three years ago I wrote an article on how the token system was going to mess things up on the engine front. Rupert Kulwick hit the nail on the head with a FB post on the subject yesterday and I want to add to that. Firstly Honda made the mistake of getting their entry timing into F1 wrong and, because of that disastrous token system, were forced to stick with an original design that clearly was no good….that’s ok, we’ve all done that in one way or another…. Unfortunately their original concept did not respond to the minimal upgrades allowed and here’s the rub, valuable development and R&D time was lost in trying to flog a dead horse instead of being allowed to get on with a new programme (being attached to a high profile outfit like Mclaren did not help at all). That, in this competitive field, is an absolute no-no because half a brain will tell you that there are probably  few, if any, motor companies in the world that would be able to ‘out R&D’ a company like Merc…and that’s even if given a fair start… to effect a catch-up has greater difficulties. The fact that Ferrari are catching up is momentous and as Rupert pointed out, it is all about a head start in R&D. To have derailed that for Honda while they were already behind was criminal and in my view created an impossible situation for them….. and at the same time, without question, guaranteed Merc the front line position. We now have an open canvass, so let’s hope I am wrong and Honda can pull a rabbit out of the hat.

I can imagine the difficulty Honda has in apportioning resources to do the catch up, having the world on their necks and doing this in the full glare of modern communications. The nay-sayers have got them by the throat and self-righteously saying they are useless and should have known better….this is big boys game…as some have pointed out. Maybe so, but as an engineer I can tell you that circumstance is bugger and have been in similar situations…. I am not prepared to write them off…..Also Just remember this…Honda have delivered to us motor sport enthusiasts the most fantastic engine smorgasbord over the years, whether it be Bikes, Cars or Engines. They have already built a legacy that will live forever, I am disappointed at the vitriolic negative attitudes coming out in their hour of need….Honda I’m on your side, keep going there are many of us that are rooting for you.