F1 this weekend and we are all waiting to see the Ferrari/Merc scrap. Must say it’s the first time I have been wound-up about a F1 race in years. The manner in which Vettel held off the challenge last week was impressive, although we all know that the dice fell his way on the day….about time because the other bloke has annoyingly had those dice rolling his way many a time. So let’s wait and see.

I must put the boot in though, apart from the Ferrari turnaround, the ‘race’ was like watching paint dry….but then Melbourne is often like that and every year we have to go through the first three races at least to see a picture unfold. Whatever comes at us this year, I am overjoyed by the fact that the incredibly stupid token system for the engines has been canned…..and not a moment too soon. Many of my colleagues have, over the last three years, put cotton wool in their ears every time F1 comes up in discussion simply because the expletives used to describe the stupidity would probably have got me banned from proceeding otherwise. 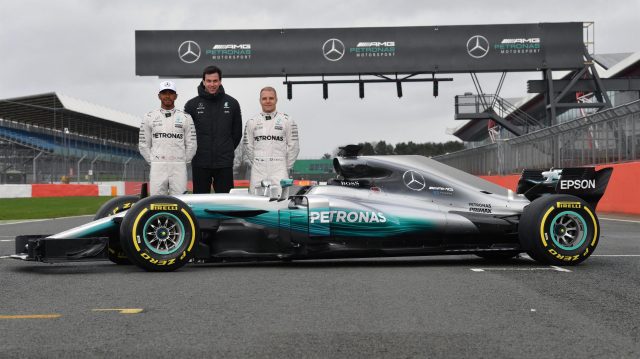 The problem is that when restricting development of any sort in this game, you set the situational leader up to stay on top of the pile (there will always be someone who gets the job done better than the rest at the start). As soon as I heard of the token system, my predictions were put forth and it played out exactly that way. I saw the teams not running Merc power being able enter the races but not compete. How could they?. The simple fact is that engine development today is about detailed, agonisingly intricate research…not just smart ideas applied as in the Cosworth days.  Lets stick to the IC engine for a moment. By limiting fuel usage, the FIA steered this thing down a different path and it became critical to extract the maximum energy from a given amount of fuel. This was no longer about boost, intercoolers and typical turbo engine development, it immediately got the fuel chemists and combustion boffs into a huddle to see how they could extract that energy from the fuel. The next step would be to time the energy release in such a way as to effectively convert it to mechanical force, all the time being wary of the detonation and pre-ignition monsters. By limiting what the teams could do, just did not allow enough work to be done to close the gap. If I believed in conspiracy theories I would say that the FIA did this on purpose to give Merc a leg up…I don’t….but just how can smart people get things so wrong?

You don’t get this stuff done in conventional engine development because you are dealing with combustion characteristics that I bet you a million dollars, were not known to the engineers three or four years ago. The frustration for me is that I don’t know how far down this road the four engine manufacturers are relative to one another, or how the fuel sponsors adjust their fuel concoctions to stay within the “pump Fuel” definition or whether, for example, the various Merc engine users end up with different power figures because they are perhaps not using fuels from the same suppliers. All I do know is that we don’t know what we should know in both the horsepower department and in tech information that would, without compromising the teams, make all this a hundred times more interesting. We live in hope…..

Do I have a prediction for this year?  Well as far as engines go, yes…..because the token system has gone, the boffs will find it easier to get to the optimum simply because engineers eventually sus out the options and get the job done. Time is the issue now and even Honda will get there provided they stick to the knitting. I am surprised that Ferrari have come out of the blocks as quickly as they have…but hugely thankful for the sake of the sport.

Looking forward to a race……not a procession.    P