It is around twice a year that I make comment on Formula one and when that happens it is usually around the tech issues. To be quite candid, after reading the last four pieces found that given that these spanned almost two years, the similarity in comment was either due to my own less than enthusiastic view of the activity or there is a sameness about proceedings that resulted in the scribblings being that way. This write-up is different and the issue of the last few days warrant a mention… the passing of Niki Lauda has left a chasm, his contribution to the sport long after he had left the driver’s seat being a lesson to all.

There has been much comment in the media since Monday and I listened to a radio interview with Lauda recorded last year sometime and the characteristically direct manner in which he delivered his views was as brilliantly evident as ever. There was however a poignancy in his comment regarding the very real dangers of racing in his day bringing the relatively privileged status modern racing drivers have in the area of safety into stark contrast. His comment centred around the fact that a mistake back in his time could very easily carry the ultimate consequence…and as we know… often did.

Significantly, racing this weekend represents the 25th anniversary of a series of events that were to rattle the F1 ‘safety’ cage quite emphatically over a two-week period. Lauda’s involvement as a result of what happened has helped massively, leaving the legacy of safety that exists today. Going back to events of late April and May of 1994, there had not been a death on track in F1 since 1982. The events unfolding at Imola on that tragic weekend resulting in the deaths of both Ayrton Senna and Roland Ratzenberger, shook the F1 world to the core. It was Niki Lauda who best summarised the events when he said “God has had his hand over Formula One for a long time. This weekend he took it away” Ratzenberger’s passing happened the day before Senna. In that brief period before his own demise, Senna is reported to have been so shaken by the event that he broke down. Feelings were running high even before the race and Ayrton is reported to have been moved to make peace with his old rival Alain Prost.

That Sunday our household was a lot less spirited than it should have been. The events unfolding around the two drivers a blow to the excitement of a family trip to Nice the following Friday. Part of the visit included the Monaco GP weekend and with the F1 world in a virtual panic around the issues of safety, we boarded the 747 that Friday with very different emotions around the prospective holiday. Based on media comment, there were questionmarks around the probability of racing in Monaco..

On arriving in Villeneuve Loubet, a tiny town on the outskirts of Nice, the preeminent discussion in all media had to do with the events of the previous weekend. Speculation continued around the race being cancelled pending a full inquiry into the accidents.  God’s hand seemed still to be missing, because things were not to improve, the tenuous situation was brought to a head on the Thursday with the Monaco practise incident in which Karl Wendlinger suffered massive head trauma in an accident exiting the tunnel. Talk after practise on that Thursday night was morose.

Gerhard Berger’s very public comments on the issue of safety did not help matters, his words very much to the point, even considered not racing… not only for Ferrari… but racing… period. The mood was sombre…the gap in activities on Friday in Monaco providing fertile ground for the French media to feast on the possibility of a cancelled race. Opportunist tech commentators professing that the cars had reached a terminal point in design and that the threat to man and machine was now unacceptable… and went on to say that this was possibly as far as racing could go.

Some may be asking what all this has to do with Niki Lauda? The answer of course is that ‘cometh the hour, cometh the man’. The ship needed to be steadied and in a hastily re-constituted GPDA (Grand Prix Drivers Association) meeting on that Friday saw him elected the spokesman for the group. This was unusual because the very influential position of spokesman would normally come from the ranks of currently active World Champions. With Senna gone, there were no other active champions … but here was a man who had faced the worst that motor sport could dish up and a person committed to improving the safety of F1.

At that meeting there was talk about the possible cancellation of the event.

Sense prevailed however, practise and qualifying went ahead on the Saturday and by the time cars hit the track, the old adage of ‘the show must go on’ brought the metaphorical lights back on. Berger’s comments were laid to rest…he was back in the cockpit….and Schumacher’s first pole position, running almost a second quicker than second placed man Mika Hakkinen, rating a mention in the record books. Watching the Benetton through the swimming pool section was simply mesmerising.

The race itself was something of a anti-climax after the drama of the previous few weeks…the weekend over… work had to begin on improving safety. Niki Lauda’s contribution to this since that time has been Herculean, working with drivers, track design and medical officials tirelessly to arrive at point where one could say that the sport has come full circle…allow Niki to describe the situation as of 2017…

This video encapsulated the professionalism and character of the man, knowledgeable and forthright to a fault. He did not have to search for words or to think about how to answer even the most difficult questions….

Rest In Peace Mr Lauda the world is a better place for you having been here. 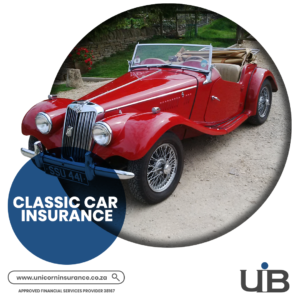